H. Ronald Klasko (Ron) is widely recognized by businesses, universities, hospitals, scholars, investors and other lawyers as one of the country’s leading immigration lawyers. A founding member of Klasko Immigration Law Partners, LLP and its Managing Partner, he has practiced immigration law exclusively over three decades.

Under his leadership, the firm has been chosen every year for the last ten years by the highly regarded Chambers Global; Ron himself is recognized annually as being in Band 1 of immigration lawyers by Chambers Global and Tier 1 in Best Lawyers in America©. In addition, he has also been repeatedly selected for inclusion in Lawdragon’s/Human Resource Executive’s list of The Most Powerful Employment Attorneys Guide, and was inducted into the Hall of Fame in 2018.  Who’s Who Legal in Corporate Immigration named him as the most highly regarded immigration lawyer in the world.

A former National President of the American Immigration Lawyers Association (AILA), Ron currently serves as Chair of the High Impact Litigation Committee (previously the Administrative Litigation Task Force) and as the Chair of the Litigation Conference Committee. He served as General Counsel of AILA for three Presidents and has been a member of its Board of Governors since 1980. He has served as National Chair of AILA’s U.S. Department of Labor Liaison Committee and Business Immigration Committee, and he served as National Chair of that organization’s INS General Counsel Liaison Committee and the National Task Forces on Labor Certifications, H-1 visas, L-1 visas and Employer Sanctions. He completed his fifth term as Chair of the EB-5 Committee of the American Immigration Lawyers Association (AILA) in 2017. Ron is one of only three practicing attorneys ever honored with the AILA Founders Award for his contributions to immigration jurisprudence, and is the only person to have received this award twice. He received it in 1999, and again in 2019.

At the request of members of Congress and their staffs, Ron has testified before the U.S. House of Representatives Committee on the Judiciary and the U.S. Commission on Immigration Reform.  He has been invited to lecture and provide training to staff members and lawyers of the U.S. Department of Labor, U.S. Department of State, INS General Counsel Management Conference, Immigration Judges Association and U.S. Department of Justice.  In addition, he has been an Adjunct Professor of Immigration Law at Villanova University Law School and is a frequent lecturer on immigration law subjects.

A member of the prestigious Alliance of Business Immigration Lawyers, Ron is the co-author of the two volume Employers’ Immigration Compliance Guide (Matthew Bender 1985).  He is a graduate of the University of Pennsylvania Law School.

Layoff or Termination of H-1B Employees

Travel and Work by Adjustment of Status Applicants

How Becoming Grenadian Can Help Your American Immigration Jo…

Twenty-five (Or More) Strategies for the Capped-Out H-1B

Answering the Most Pressing EB-5 Questions

H. Ronald Klasko (Ron) is one of the country's leading lawyers representing EB-5 clients. Ron represents thousands of foreign investors from all around the world, over 50 approved regional centers and numerous U.S. developers and business owners who have sought his counsel in connection with using the EB-5 program to raise capital for investment projects.

Ron completed his fifth term as Chair of the EB-5 Committee of the American Immigration Lawyers Association (AILA) in 2017. In this capacity, he leads advocacy efforts with USCIS to improve the EB-5 program. As Chair of the Best Practices Committee of IIUSA, the association of EB-5 regional centers, from 2012 to 2013, Ron worked with regional centers, developers and EB-5 professionals to develop the first comprehensive list of best practices in the EB-5 industry.

One of the most prolific EB-5 bloggers, Ron is a sought after speaker and regularly speaks on EB-5 topics around the country and around the world. Recently, he spoke at and served as the “Program Co-Organizer” for the widely attended 2015 Invest in America Summit in China. Ron has been interviewed by U.S. Chinese media on numerous occasions and has been quoted in Forbes Magazine and other media on his views on EB-5 matters.

A founding members of Klasko Immigration Law Partners, LLP, Ron serves as both its Managing Partner and Chair of the 25 person EB-5 Team of the firm. He has practiced immigration law exclusively for over three decades. Under his leadership, the firm consistently has been chosen with five other firms by Chambers Global as the top  U.S. business immigration law firms.

Ron is a former national president of (AILA).  He served as General Counsel of that organization and has been a member of its Board of Governors since 1980. He is one of the only three practicing attorneys ever honored with the AILA Founders Award for his contributions to immigration jurisprudence. A graduate of the University of Pennsylvania Law School, Ron has received enormous recognition from his peers in the immigration law community. He has been included in the highly regarded Best Lawyers in America (Woodward and White) for two decades, is named as one of the top 25 immigration lawyers in the country by EB5 Investors magazine and has been repeatedly selected for inclusion in Lawdragon’s/Human Resources Executive’s list of The Most Powerful Employment Attorneys Guide. Who’s Who in Corporate Immigration named him as the most highly regarded corporate immigration lawyers in the world. 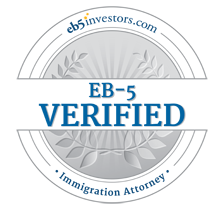 Ron is one of the most sought after and active immigration law speakers in the country. His talks are in demand from Coast to Coast. He speaks extensively on the latest and most significant immigration issues and how legislative changes will affect multinational corporations, leading universities and research institutions, hospitals, and individuals.

Ron is a prolific writer and blogger and has published hundreds of articles in national and international journals, newspapers, and conference handbooks.

In addition, Ron is the co-author of the two-volume Employers’ Immigration Compliance Guide (Matthew Bender 1985).  To request a copy of a specific publication or presentation, e-mail Ron at rklasko@klaskolaw.com.

Ron Klasko was quoted in a story by Sophia Yan for CNN Money entitled “Chinese flock to America to work for companies they’ve bought” published July 22, 2016.  Ron affirms the popularity of the EB-5 immigrant investor visa has reached unprecedented heights and will continue to increase among Chinese nationals.

Ron Klasko and Rohit Kapuria discussed possible legislative changes to the EB-5 visa program at the Arnstein & Lehr Advanced EB-5 Seminar in Miami, FL on May 20.  Ron was quoted in the article “Bill Would Tighten EB-5 Visa Controls, Could Add to Backlog” by Carla Vianna of the Daily Business Review published on May 23, 2016.  Please subscribe to this publication to read this article (free subscription).

H. Ronald Klasko and Stephen Yale-Loehr Quoted by Law360 in Article on the EB-5 Deadline

H. Ronald Klasko and Stephen Yale-Loehr were quoted by Law360 on August 4, 2015, in “Attys Slammed With EB-5 Requests as Expiration Date Looms.” “It has never, ever been anywhere near this busy,” Mr. Klasko noted. “Almost certainly, the program will be extended. But whether it’s an extension by itself or an extension with some [reforms], nobody really knows right now.” Mr. Yale-Loehr noted that attorneys at his firm have “basically given up our summer vacations” to work on the influx of cases. “Investors are spooked. And we’re seeing a dramatic rise in the number of investors who are trying to get their petitions filed before September 30, and project developers who are trying to finalize their projects … and that’s causing increased work for both immigration attorneys and the immigration agency.”

H. Ronald Klasko (Ron) was quoted in The Wall Street Journal on August 8, 2013, in an article entitled “Favoritism Charges Slow DHS Nominee” authored by Angus Loten and James Grimaldi, in a story relating to how some USCIS employees feel Alejandro Mayorkas gave special treatment to a casino project backed by foreigners. Ron, a representative of a client in question, discussed the approval rate of EB-5 applications.

Ron is a prolific writer and blogger and has published hundreds of articles in national and international journals, newspapers, and conference handbooks.

In addition, Ron is the co-author of the two-volume Employers’ Immigration Compliance Guide (Matthew Bender 1985).  To request a copy of a specific publication or presentation, e-mail Ron at rklasko@klaskolaw.com.

Layoff or Termination of H-1B Employees EB-5 Investors Now Enjoy Greater Chances of Immigration and Financial Success under the New EB-5 Reform and Integrity Act of 2022 Travel and Work by Adjustment of Status Applicants How Becoming Grenadian Can Help Your American Immigration Journey Twenty-five (Or More) Strategies for the Capped-Out H-1B 为中国投资人提供希望 投资公民计划和E-2签证：EB-5漫长排期的可能解决途径 Citizenship by Investment and E-2 Visas: A Possible Solution to EB-5 Quota Backlogs and Delays Potentially Shorter EB-5 Investment Terms Regarding the Senate's EB5 Reauthorization Bill, what is the Big Picture? Do Exemplar Filings Need To Be 'Shovel Ready'? US Jurisdiction of EB5 Offerings A Senate Bill has been Introduced. What Should Regional Centers and Issuers Do Now? China EB-5 Market: 2015 (Part 2) – What’s New and Hot in the China EB-5 Market China EB-5 Market: 2015 (Part 1) – Factors Affecting the Market Open Letter to Director Rodriguez and Chief Colucci Investor Due Diligence Set of Questions Marketing and Compliance: Additional Services for Our EB-5 Clients The Impact of EB-5 Quota Backlogs on Chinese Families Practice Pointers: The EB-5 Attorney at the Crossroads of Law and Marketing Correcting Another Misguided EB-5 Article Chinese EB-5 Quota Retrogression - Part 2 Visa Issues for Post-Docs The EB-5 Quota Backlog: Will It Happen and What It Will Mean? Creating and Representing EB-5 Regional Centers EB-5 Perspective: First Quarter Review Lessons from the SEC Enforcement Action The Impact of Chinese Quota Retrogression on EB-5 Investors and EB-5 Investments The Thin Line Between EB-5 Legal Advice and Marketing Advice Direct EB-5 Makes a Comeback Long Delays in I-924 Adjudications Continue Top 10 Ways to Make the Immigrant Investor Program Work The Long and Winding Road: Successfully Forming and Representing Regional Centers under the Eb-5 Program Choosing a Regional Center and a Project: A Due Diligence List Removal of EB-5 Conditions to Avoid Removal of the Investor Report and Comments on EB-5 Meetings in Washington Representing Investors - Take the Leap Top 10 Lessons Experience Has Taught Me About EB-5s USCIS Director Mayorkas Proposes EB-5 Processing Improvements Federal Court Review of Denial of Employment-Based Petitions: When Exhaustion Is Not Required Legal Issues in Attracting Foreign Capital under the EB-5 Program The Facts About the 'Investment Green Card' My Top Ten Suggestions for Improving the EB-5 Program EB-5 Immigration: What May Kill the Goose? New Developments in EB-5s (June 2009 to June 2010) Recent Updates from USCIS on EB-5 Does the EB-5 Program Belong at USCIS? Three Options for Developers Seeking Capital under the EB-5 Program Checklist for Prospective Investors and Entrepreneurs under U.S. Immigration Laws Investing in the U.S.: A Solution for South African Immigrants
View all articles by H. Ronald Klasko

Ron’s clients run the gamut from multinational corporations and their employees, to hospitals, to many of the nation’s universities, to investors and other private individuals.

His practice focuses on: